View Basket0 item(s) in the basket.

Before commencing to dismantle the pump, thoroughly clean the exterior and make a file mark across the two flanges of the pump housing, as a guide when re-assembling.

Remove the six securing screws and separate the two halves of the main casting.

Turn the diaphragm, and pull rod assembly through an angle of 90°, when it may be disconnected from its securing slot in the connecting link and withdrawn. Remove diaphragm spring.

On latest type pumps, valve retaining plates are omitted, the valve assemblies being a light tap fit into the casting.

CLEANING AND INSPECTION OF PARTS

All pump parts must be thoroughly cleaned in order to ascertain their condition. Wash valves, upper castings, filters and other parts which come into contact with the fuel in a clean paraffin bath separate from that used for dirtier components.

Upper and lower pump castings should be examined for cracks or damage. AC Repair Kits contain the items normally needed for fuel pump 'first aid' repair and all of these should be used on each job, the corresponding worn parts being discarded. position 'B' and then they will be in line with the locating mark cast on pump body. The sub-assemblies of the pump are now ready for fitting together, and this is carried out as follows:

Push the rocker arm towards the pump until the diaphragm is level with the body flanges.

Place the upper half of the pump into the proper position, as shown by the mark made on the flanges before dismantling. Install the cover screws and spring washers and tighten until the heads of the screws just engage the washers.

Before finally tightening the cover screws, the rocker arm must be held at its inward position preferably using a short piece of tube as shown in the illustration. Sufficient pressure must be exerted to draw the diaphragm inwards until its edges no longer protrude beyond the pump flanges. 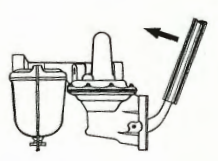 While the rocker arm is so held, the cover screws should be securely tightened, working from side to side so as to keep the pressure even. FH - As UH but mounting holes side by side. 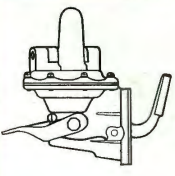 FH - As UE but mounting holes side by side.

UF - As U but mounting holes side by side. 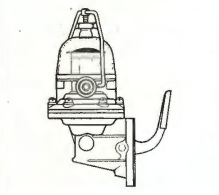 FG - As UG but mounting holes side by side. 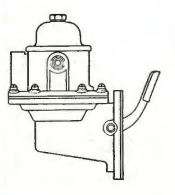 TF - As type T but glass filter bowl on top.

TF - As type T but mounting holes side by side.

Y - Small size pump for engines up to 1,200 c.c. Mounting stud holes side by side 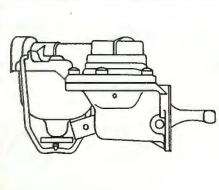 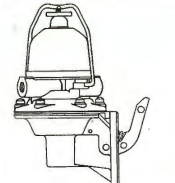 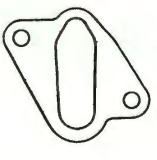 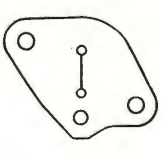 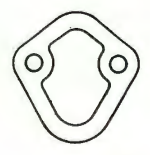 7950173
for TF, UF, FE, FG, FH Pumps
While every care has been taken in the compilation of this publication, no responsibility can be accepted for any inaccuracies which may have arisen. 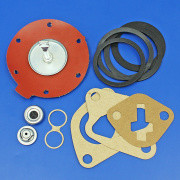 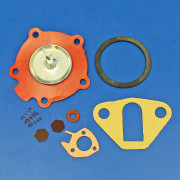 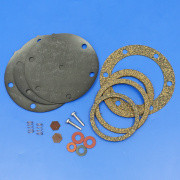 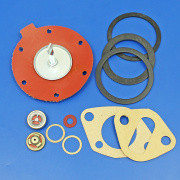 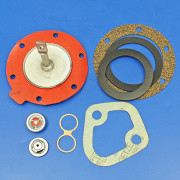 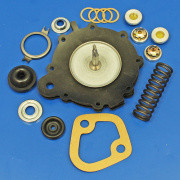 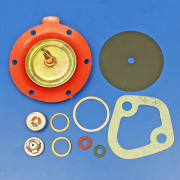 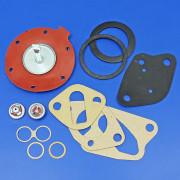 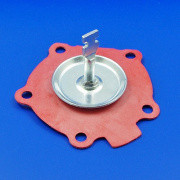 — part of Vintage and Classic Spares